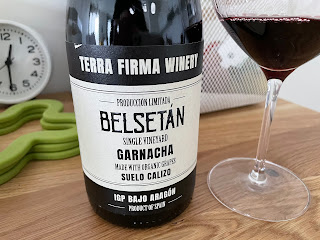 Raisin fruit. Plum, berries and more berries in the aromas.

What a kick! What an impact. Roll and roll with plum. blackberry, some pepper that bites the tongue. It has no finesses, it takes and push everything forward.

Chemicals and some vegetable aromas.

It has bauxite, old resin, some vegetable, but it is still super vigorous. What a beauty. The chemicals fade at the speed of soot falling on a day of wild fires and clings to the walls of the digestive tract. It ends with a blend of vegetables and citrus zest.

Explosive start and takes your breath away. It has a spice and mustard bomb that goes up your nose. You can also find plum, raisin, liqueur, and rises in a vaporized spiral as in a distillation column with a vegetable end. Only for winter times.

In case you wonder, you can also find the 2007 vintage review here

Soft, medium bodied, straight towards vanilla in the beginning, blackberries and anise. It has a bit of sweetness at the end. Ends short.

What an initial impact, luxurious like those chocolates and clothes that cost triple of what we are used to pay for.

Then there are, well there are two layers: the first one that looks perfect, ripe, with blueberry and other berry collection and then the other that appears behind our brain that is mesmerizing, with flowers taking the lead together with hidden pleasures in vaporized dust.

Chemical aroma and green lime with leaves swirling around the edge of the glass.

Slightly frying, chemical and granitic, slightly sweet from contact with grapes, it has a little butter or kind other fat. How delightful. Good for drinking solo or with shellfish.

Aromas with plum circulating in the front, and then comes the raspberries that smother the plum, it has flowers and petals and branches and leaves.

The first word that comes to mind is infinite. An endless of things.

It has several layers, red fruit that evaporates and the jam that sits and forms a bed with a pepper as if it something worth spreading in bed. In the middle, a fresh layer as if it were after eight chocolate. A little toasted wood appears, light. Pure luxe.

Black, balanced and spicy, slowly releases steam. It is like eating black chocolate in bulk, eating blocks and filling the mouth. It has prunes, blackberries, other berries, no tricks and deceit.

Is this mistake like the real thing or is something else? Well, this not an outcast.

There's a lot of kick. That fat at the beginning, the blend with tinker bell dust. It is very round, balsamic, lychees, cantaloupe, peach, salt, it is very additive. Humm what a treat!

One of the advantages of living in the Netherlands is how easy is to get South African wine an revisit some of my old favorites. From Mullineux, I wrote two interesting pieces a while ago (here and here). When I saw this one at the shop i could not resist.

Soft, does not have any explosions of fruit jam like most of the others, is refined with some spice at the end, has a lot of floral to the mix and the fruit rolls in the mouth with plum and cassis, little intrusion of the wood contact.

Drinkedin by Drinkedin is licensed under a Creative Commons Attribution-NoDerivs 3.0 Unported License. 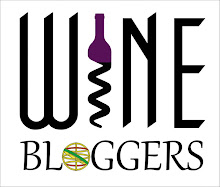